Newsletter update on the University Board of Trustees Forum: KPIs, reporting systems and indicators in the work of university boards of trustees

CHENewsletter update on the University Board of Trustees Forum: KPIs, reporting systems and indicators in the work of university boards of trustees 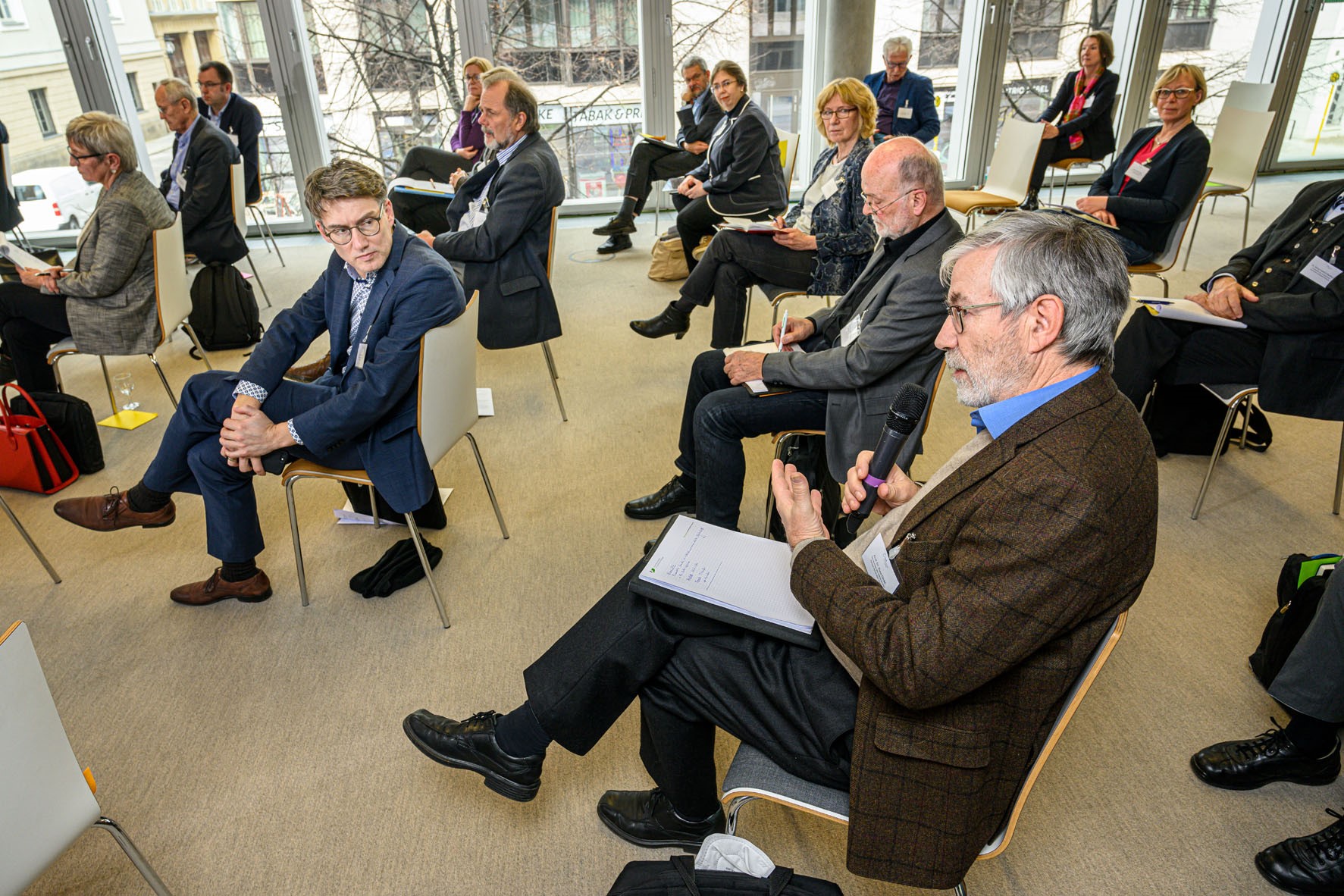 The spring meeting of the Forum Hochschulräte (University Board of Trustees Forum) on 10 March focused on the use of KPIs, reporting systems and indicators. The latest newsletter “Update 1/2022” provides information on the Forum’s keynote presentations under the heading “The university in figures”.

Input for the discussion on sets of indicators in the areas of research, teaching and transfer was provided by external speakers in their keynote speeches:

Dr Heide Ahrens, Secretary General of the Deutsche Forschungsgemeinschaft (DFG, German Research Foundation), reported on rankings and KPIs in the research landscape, and presented the perspective of higher education institutions (HEIs) participating in the Research Core Dataset (KDSF). “University boards of trustees should encourage their respective HEI to participate in the (KDSF) project,” Ahrens advised.

With regard to learning and teaching, Dr Sonja Berghoff, Head of National Rankings at the CHE Centre for Higher Education, provided information on the data basis on which university boards of trustees can have a say, especially in issues concerning quality assurance and quality management. “The CHE University Ranking is an established way of bringing together different data sources. Despite the fact that prospective students are the primary target group of the CHE University Ranking, useful knowledge on several aspects of learning and teaching at an HEI can be derived from the data,” remarked Berghoff.

Professor Dr Frank Ziegele, CHE Executive Director, presented a combined perspective on the possibility of creating a university-specific performance profile. Besides showing the university’s strengths in research, teaching and transfer, such a profile could also reflect the university’s international outlook and regional focus. There is no such thing as the “best university”, asserted Ziegele. International rankings that put universities in first, third or 53th place, like in a football league, offer seemingly simple solutions. But what does such a position in the table actually say about the HEI? “Universities must find and communicate their own approaches to measurement that do justice to their profile, rather than merely believing themselves to be ranked in a certain position,” urged Ziegele, stating the independent U-Multirank, funded largely by the European Commission, as an example of a multidimensional measurement approach.

There were also presentations on practical perspectives concerning the figures used in the work of the speaker’s university board of trustees:

Bernhard Sibold, Chair of the University Board of Trustees of the University of Tübingen, addressed a selection of KPI and indicator reports that are regularly discussed by his university board of trustees. He concluded: “There is no doubt that KPIs and indicators help university boards of trustees to perform their tasks. Different perspectives complement each other, providing an overall picture of the university’s situation.”

Monika Rühl, Chair of the Hochschule Kaiserslautern University Council, compared the key figures that dictate the work of university boards of trustees – especially with those of supervisory boards – and showed how the work compares to that undertaken in large listed companies. She concluded: “What doesn’t get measured doesn’t get managed.”

Professor Dr Klaus Dicke, Chair of the Foundation Board of Trustees of the European University Viadrina, called for figures to be well prepared. Only then is it possible, also in an honorary position, to properly perform the function of providing strategic advice on a university board of trustees in a reasonable amount of time. But he also addressed the university boards of trustees, whose tasks include “putting key figures into perspective and doing their utmost to shape the discourse space of higher education policy in a way that is tenable from a scientific perspective.”

Ulrich Müller, Head of Policy Studies at the CHE Centre for Higher Education, listed seven success factors that he believes help ensure the wise use of KPIs and indicators. His seventh success factor: “Numbers are not everything: despite the need for quantification, ideally giving an accurate picture of the truth, it is equally important to keep a close eye on the ‘mood’, the ‘soft factors’.”

The next University Board of Trustees Forum, which is expected to take place as a face-to-face event in the Quadriga Forum Berlin, is scheduled for 20 September 2022.

About the University Board of Trustees Forum

The University Board of Trustees Forum is an initiative of Stifterverband and the Heinz Nixdorf Foundation in cooperation with the CHE Centre for Higher Education. The series of events is directed at all university board of trustees members from business, academia and society, offering them the possibility to exchange information and experience across institutions. Events take place twice a year. In addition to addressing the framework conditions and success factors of university board of trustees work, the events also explore current case studies and concrete challenges.