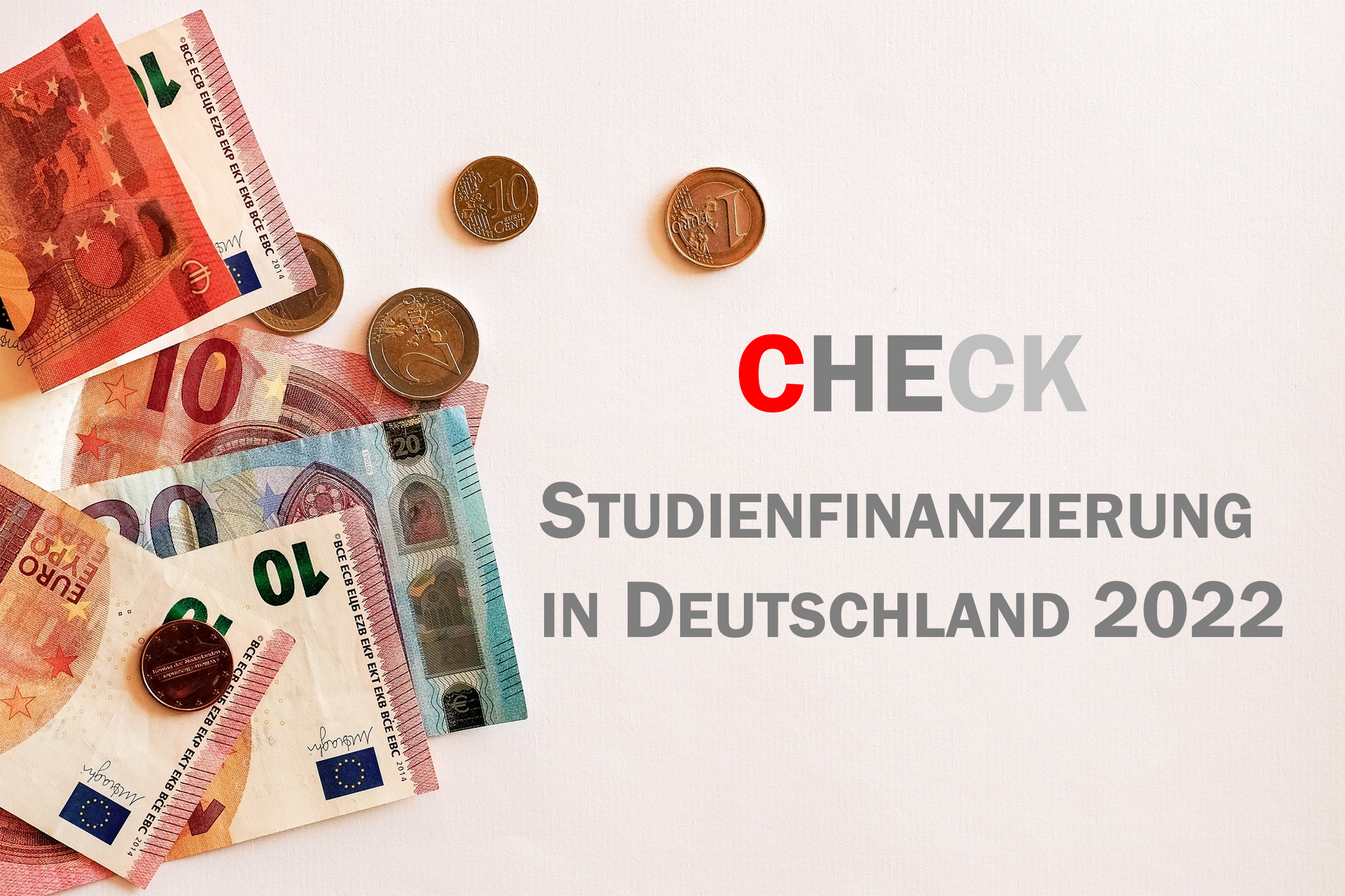 The three-party “traffic light” coalition has already taken the first steps in reforming the Federal Training Assistance Act (BAföG), with more to follow. The proportion of BAföG recipients among the student population has now risen slightly for the first time in ten years – but this is probably largely due to the federal states extending the standard period of study as a result of the Coronavirus pandemic. A recent CHE study of student funding shows that, as a mechanism for funding students, BAföG continues to play a minor role. In Saarland, Hamburg, Thuringia and Baden-Württemberg, not even one in ten students benefited from BAföG funding in 2021.

A monthly average of around 333,000 students in Germany received BAföG last year. This is equivalent to around 11 per cent of the student population. For the first time in ten years, the BAföG take-up rate was slightly higher than in the previous year.

In terms of sources of funding, therefore, BAföG remains well ahead of other options such as student loans (3 per cent), the Deutschlandstipendium scholarship or scholarships from organisations for the promotion of young talent (each accounting for 1 per cent). But in recent years, students have mainly relied on support from their parents, part-time jobs or their own savings to cover the cost of higher education.

At the federal state level, the significance of BAföG shows a heterogeneous picture. The top take-up rates were in Saxony, where a monthly average of 18 per cent of students received BAföG funding last year. Mecklenburg-West Pomerania and Saxony-Anhalt had similarly high figures, with rates of 17.3 and 16.7 per cent, respectively. In 2021, the lowest take-up rate was reported in Saarland, where only about one in twelve students received BAföG funding.

“Given the financial challenges students face in these troubled and uncertain times, Germany can no longer allow the BAföG mechanism to be a constant work in progress,” Ulrich Müller remarked. “The dramatically low take-up rate shows that the BAföG system in its current form is not only ill-designed, but also lacking in acceptance. When the tool that is supposed to provide assistance and dependability finds itself in trouble, this has serious implications,” stated the expert on student funding at the CHE Centre for Higher Education. Recent findings by the Federal Statistical Office have again shown that the financial situation of students is a cause for concern. According to current calculations, the relative risk of poverty for students in Germany is more than twice as high as for the general population.

In its coalition agreement, the current German government agreed to “lay the foundation for a decade of educational opportunities with a fundamentally reformed BAföG system.” Until now, however, it has only partially met this objective. CHE believes there is a need to rethink the entire concept of government student support beyond the mere adjustment of BAföG grant amounts and assessment thresholds.

CHE stresses that the BAföG reform should involve designing a sustainable system of government student funding that combines BAföG funding with at least the KfW Student Loan, the Education Loan and bridging aid to create a comprehensive and inherently flexible student funding system. Only this type of comprehensible and dependable model of student funding can open up opportunities for people in the long term and make educational decisions less dependent on the expectations and means of parents, ensuring equal opportunities for participation in higher education.

The CHE format CHECK provides a quick – primarily visual – overview of a variety of topics. CHE compiled recent data from a variety of sources to portray types of funding and their significance for student funding in Germany in winter semester 2022/23. Ulrich Müller and Jan Thiemann wrote the publication entitled “CHECK – Studienfinanzierung in Deutschland 2022” (CHECK – student funding in Germany 2022). The entire visual content is available in graphic form in the CHE Flickr cloud.