Software developers can also be trained in a completely different way

CHESoftware developers can also be trained in a completely different way 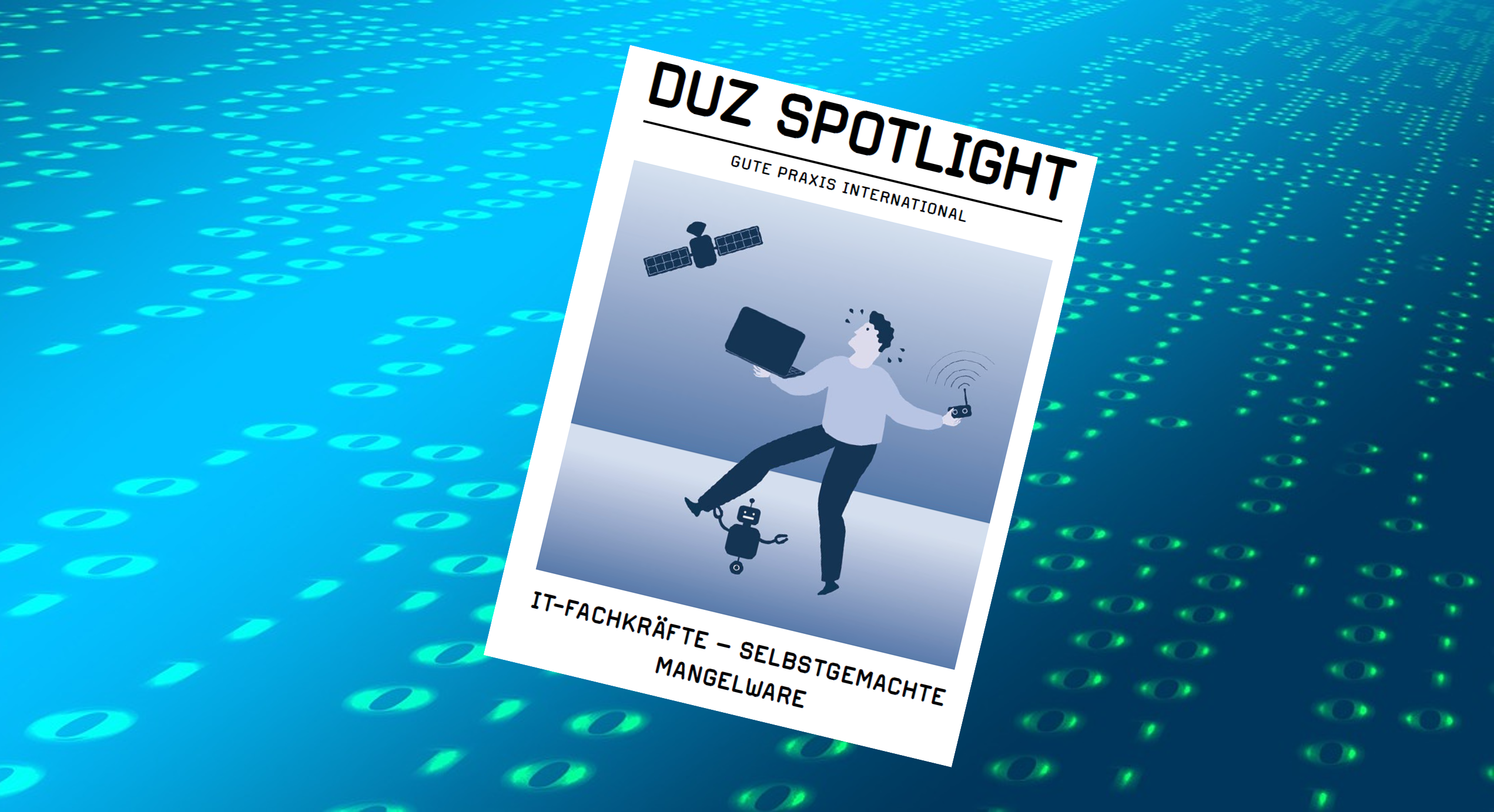 Computer science is one of the most popular degree programmes in Germany. However, CHE’s latest DataCHECK on the area of computer science indicates low proportions of female students and low completion rates. These two aspects contribute to the inability to meet the demand for IT specialists in Germany. An article by CHE in the DUZ Spotlight series in the current issue of the DUZ magazine shows that software developers can also be trained in a completely different way. The focus is on the international programming school 42 and CODE University of Applied Sciences in Berlin.

There is a skills shortage in the German IT industry. The industry association BITKOM, for example, stated that there were around 96,000 vacancies last year. According to the Bertelsmann Stiftung’s Jobmonitor, software developers are among the top 10 most sought-after professionals in Germany.

Interestingly, computer science is the second most popular subject in Germany (around 138,000 students), trailing only business administration. And yet the current number of newly qualified IT graduates is nowhere near enough to meet the demand for skilled professionals.

Reasons for this include the high computer science degree dropout rates and the low proportion of female students. These are the findings of the latest DataCHECK carried out by the CHE Hochschuldaten portal. As a result, of the 30,000 or so students who embark on a computer science degree each year (and who are in their first semester at university), only around 18,000 complete their undergraduate degree programme each year. These figures are consistent with previous studies on drop-out rates in this subject conducted by the German Centre for Higher Education Research and Science Studies. 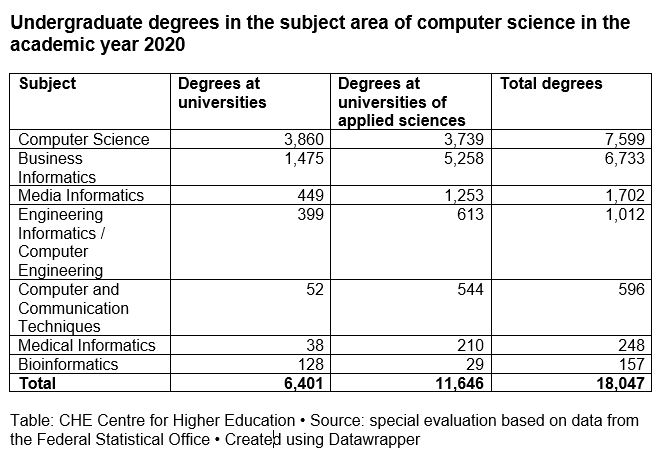 Another problem is the low proportion of female students. Currently, four out of five computer science students at German higher education institutions (HEIs) are male. This means that there is a lack of female IT role models on and off campus, resulting in the continued loss of many potential computer science specialists.

A current CHE feature in the DUZ Spotlight series illustrates that software developers can be trained in a completely different way, both within and outside the higher education system.

The article focuses on the examples of CODE University of Applied Sciences in Berlin, which places a strong emphasis on project-based learning and practice-related problems in the training of software developers, as well as the international programming school 42.

École 42, a private, tuition-free programming school, was founded in Paris in 2013 by French internet entrepreneur Xavier Niel. Since then, the concept has spread worldwide, and there are now 42 campuses in 25 countries, including the recent additions of Wolfsburg, Heilbronn and Berlin. The 42 model dispenses with the need for formal application criteria such as a school-leaving certificate; what is more, there are no teachers.

Given the small number of people who have so far graduated from these institutions, the author of the Spotlight dossier, Melisande Riefler, does not see either model as a comprehensive or quick solution to the shortage of IT experts. However, she does believe that they offer promising ideas for reforming the current study of computer science. These ideas include the greater use of aptitude tests instead of formal qualifications, better support of students during the induction period, and more flexible curricula and learning methods.

The topic, addressed in the 11/2022 issue of DUZ on 18 November, was prepared by Melisande Riefler. The dossier “IT-Fachkräfte – selbstgemachte Mangelware” (IT professionals – a home-grown shortage) is the eleventh issue of the “DUZ Spotlight – Gute Praxis international” format, developed collaboratively by CHE and DUZ, which is published occasionally in DUZ and at www.che.de.

Previous issues of the Spotlight dossier have explored the Austrian model of the lifelong student ID (09/2017 issue), the British professional doctorate (01/2018), the Dutch University Teaching Qualification (08/18), the transfer community based on the Swiss model (12/2018), the establishment of academic continuing education certificates in Switzerland (11/2019), instructional designers in university operations (02/2020), learning spaces of the future  (08/2020), social innovation on campus (11/2020), the recruitment of international doctoral researchers (06/2021), fair rules for access to higher education (09/21) and international medicine degree programmes in Southeast Europe (02/22). All publications are available online here.