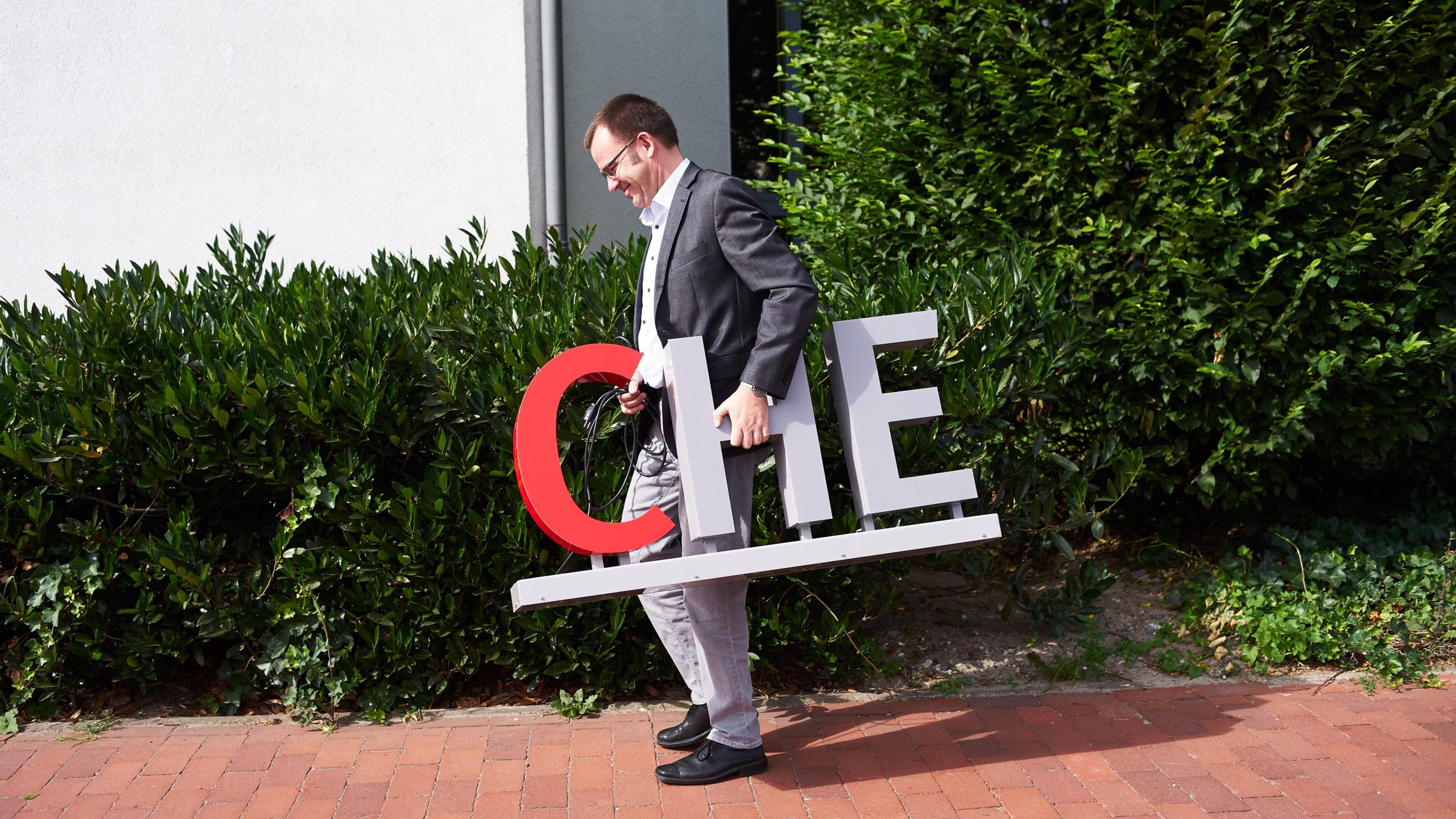 CHE Executive Director Frank Ziegele celebrated 25 years of service on 15 August, making him the third person among the current staff with a quarter of a century of affiliation with CHE to his name.

Frank Ziegele joined the CHE Centre for Higher Education as a consultant some two years after the institution was founded. The economist, who had just completed his doctorate aged 30 at the time, left the Chair of Public Finance at Ruhr University Bochum to come to Gütersloh.

At CHE, he was initially responsible for topics such as higher education funding and management, and was later appointed managing director of the consulting firm CHE Consult, founded in 2001, before taking over the management of the think tank with Jörg Dräger in 2008.

The Stuttgart-born professor has also held a chair at Osnabrück University of Applied Sciences since 2004, where he supervises and leads the degree programmes in “Higher Education and Research Management” and “Research and Innovation in Higher Education”.

The combination of conceptual work, practical implementation and the communication of findings, which is typical of CHE, makes the executive director’s daily work very special. “To me, managing CHE is a dream job. There aren’t many positions in the German higher education system where you have the opportunity to be a researcher, coach, moderator, consultant, analyst and system designer all rolled into one – backed up by a great team of creative and dedicated people,” Ziegele noted.

The fundamental change in the German higher education system has been both a challenge and an opportunity for numerous CHE projects over the past 25 years. Examples include the newly acquired autonomy of HEIs, the diversity and record number of students, transfer opportunities in the education system, and the digital transformation.

Dr. Jutta Fedrowitz, Senior Expert Further Education and Training, and Tanja Ologe, Project Assistant in the international university ranking U-Multirank, have already celebrated 25 years of service to CHE, as will other colleagues over the next few months.

“This long-standing affiliation and commitment of our employees provides continuity and reliability, not only internally but also for our external partners. It also shows that aspects such as professional development and achieving a healthy work-life balance, which have traditionally been important to CHE, are rewarded and appreciated by our employees,” stated Ziegele. Long established measures such as trust-based working hours and working from home have become even more important since last year in the wake of the coronavirus pandemic.